Inexhaustibly deep eyes stare at me in curiosity, wonder, and perhaps some moral judgement – “Hooman, are you going to get off your busy bum and give me something nice to eat?”

At other times, the eyes are half open, half closed, as my friend sits with her limbs folded in, in silent contemplation. A soft purr comes from her if you put your ear close to her.

At yet other times, those eyes are closed in abandon, she is stretched out on the floor in an arc, asleep, yet alive to another world. Resting, trusting that her environment is safe, that she is taken care of.

In 1948, the philosopher Max Picard wrote a beautiful book called ‘The World of Silence’, contemplating the meaning of silence and its destruction in the modern world, where silence often feels disturbing and life is founded on an incessant noise.

Animals, Picard wrote, at their core, are unaffected by the waywardness of human cultures, as they change course over the millennia, from the pre-historic to the modern.

In the absence of a mechanical mind working without ceasing, their experience of nature is raw and alive, unhinged to past and future, expanding into an unbounded vastness.

There is a music to their being.

The little bird on the tree breathes the lightness and vastness of the sky that she came from.

The dog in the city forest is in deep kinship with other animals and the trees in the forest. He knows them like a friend from childhood.

The neelgai walking past a group of dogs embodies silence, stillness and a delicate grace of being. It is the forest in motion.

Attending to animals is to bring to our consciousness these aspects of their being, and to find them in our own selves.

It is to free ourselves from the inner knots we are tied in, which the pressures of family and earning a living have forced us into.

Consciousness is the ocean, our selves the islands. When we don’t commune with nature, we risk becoming a particularly isolated island, deprived of the nourishing riches that the waves can carry from the depths of the ocean. Cut off from our roots, we wither into a narrow and tense existence.

Animals are here to rescue us from this isolation from the rest of life.

The cat is not a mere beggar for food. Her hunger and thirst, and our serving it, are a bridge into a relationship between us and her.

Into allowing her relationship with silence to imbue our life.

Into allowing her intuitive relationship with the rhythms of nature to move us rhythmically.

When a human being goes out and puts food for an animal, he invites these beings to come into his life. The material substance of food becomes a foundation for a communion between one being and another, beyond language.

This communion is beyond anything that bounds us to our particular lives. It has taken place since the beginning of life on this earth, in all forms and hues. We are living an eternal script, new, yet old.

We give what we know best – bits of the material world – and take what we have forgotten – the subtle, silent, alive vastness of nature.

What is needed is to listen to the universe, speaking through eyes of the being in front of us.

“I have known many Zen masters in my life. All of them were cats.” – Eckhart Tolle 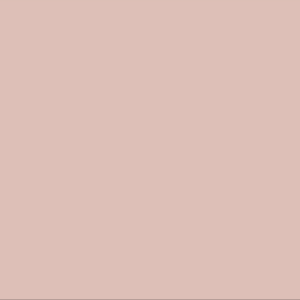